My interview to Zachary Levi 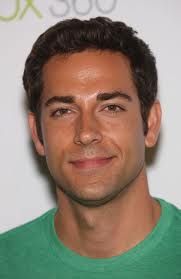 Two weeks ago, I met my favorite actor, Zachary Levi. He is American, but he was in Granada as a tourist. I went to the hotel where he stayed, and he agreed to meet me. I was very happy. Zach is not very popular here, in Spain, but he is very famous in USA. There, he has starred at a lot of TV shows and some films. I know him because of the series Chuck, where he was the protagonist. So, when I walked into the room, I greeted him, and he said that he was glad to meet me. I sat down and I started the interview.


The TV show Chuck ended last month, so I asked him how he felt, after five years working at the series. He answered that he felt very sad, because it was hard to say goodbye, but then he said that, on the other hand, he had had a lot of good experiences, and he was happy about this. Zachary has participate on a Disney film, Tangled. It is a computer animated film, so he put his voice to one of the main characters. He sang on the film, so I asked him if it was the first time he did it. He answered that he was a professional singer, because he had starred at a lot of musical productions. It surprised me! Also, I wanted to know about his personal life, but he was very reluctant to speak about this. He only said that he was very happy with someone. 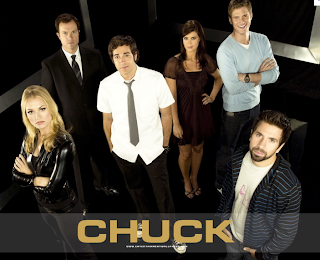 Finally I asked him if he was going to come back to Granada someday, and he said that it was a very beautiful city, so he would do it. I thanked him for answering all my questions and I said goodbye. When I left the room, I thought that Zachary was very friendly and nice.
Posted by Clara RM at 5:51 PM